hi first time to the forum. Looking forward to learning a lot.

Welcome to the forum!

To check in which country or countries an invention as been filed, you will need to have a look at the list of publications under Also published as in the bibliographic data view: 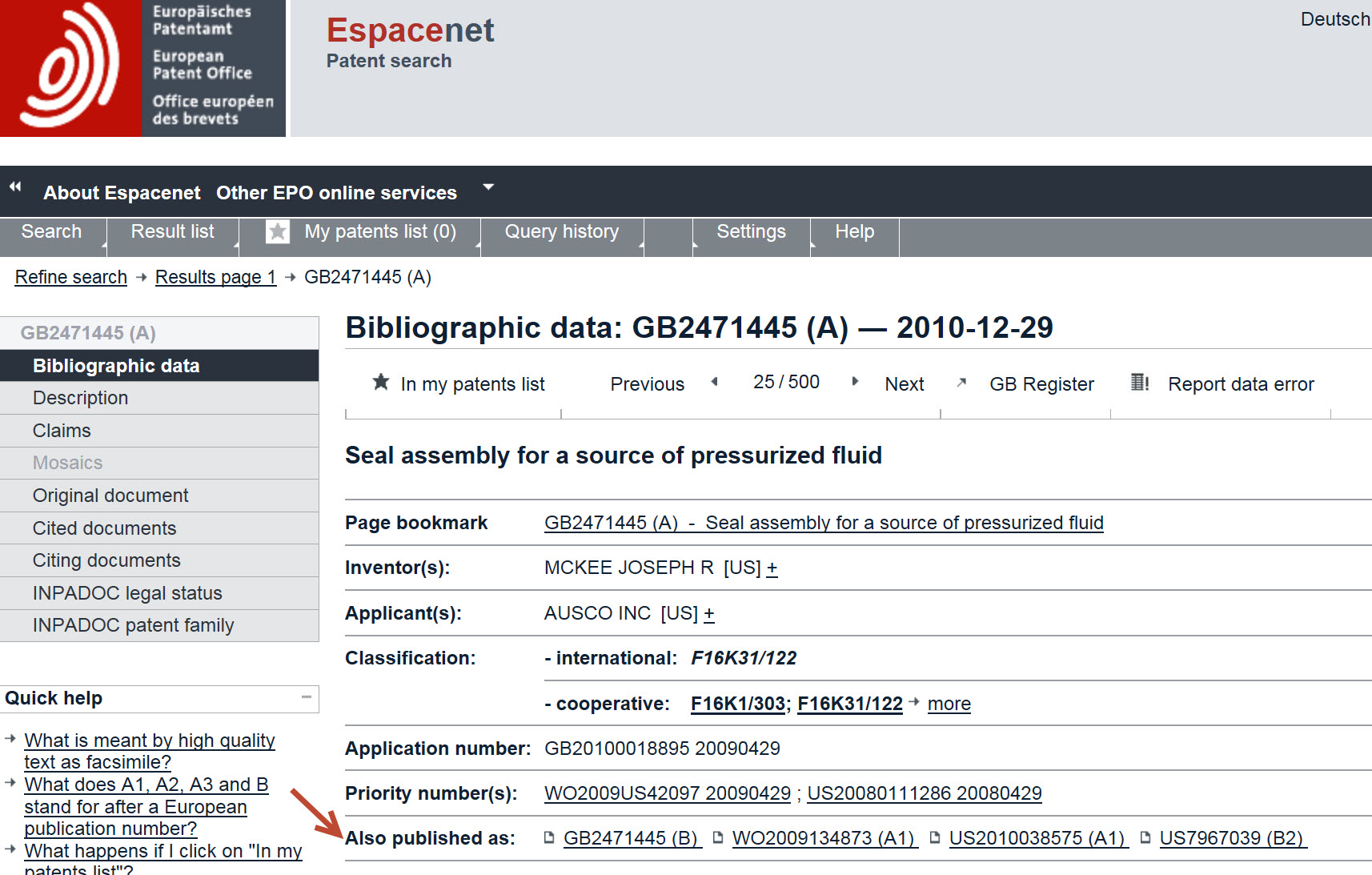 In Espacenet a patent family is defined as comprising all documents having exactly the same priority or combination of priorities (simple family).

We hope this helps!
Kind regards,

One additional question regarding the quoted example: Why is the GB patent published as WO, and US ?
If it's a worldwide patent, I believe there is no need to apply for a specific US patent, am I right?
Top

There is no such thing as a worldwide patent. Patents are territorial and you can have national, regional and/or international patent applications. Each of them will then eventually be granted as a national patent, providing that they qualify for a grant according to the national law of a specific country, of course.

"A single filing of a PCT application is made with a Receiving Office (RO) in one language. It then results in a search performed by an International Searching Authority (ISA), accompanied by a written opinion regarding the patentability of the invention, which is the subject of the application. It is optionally followed by a preliminary examination, performed by an International Preliminary Examining Authority (IPEA). Finally, the relevant national or regional authorities administer matters related to the examination of the application (if provided by national law) and issuance of a patent."

As far as the example below.

This application was first filled in the US. This is actually a continuation in part* for another US document filled already in 2007. Then, a year after and within the priority time limit, a PCT application was filed in the US and later published as a WO document in 2009. In 2010 the already mentioned US national application was granted (as US B1) and the GB that you see in a simple patent family ("Also publish as" is a DOCDB simple patent family") is a result of a PCT application successfully entering the national phase in the UK and being granted as a GB B patent.

More information about WIPO, PCT’s and WO publications you will find here: http://www.wipo.int/portal/en/

I hope this helps,

Vesna for Patent Data and OPS


* “A "continuation-in-part" application ("CIP" or "CIP application") is one in which the applicant adds subject matter not disclosed in the parent, but repeats the substantial portion of the patent's specification, and shares at least one inventor with the parent application”